Going Back to The Problem is Not Τhe Solution

Turkish Cypriots want to solve their Turkish problem by fully backing a return to 1960. I tell them and their sympathizers, 1960 was laden was provocative privileges which led to Cyprus' woes over the last half century. 1960 is neither enough nor acceptable. We need a solution that solves Cyprus' problem, not Turkish Cypriots' problem, who allowed themselves to be played like fools by the UK and "Turkey". The right solution is a 1963+. In other words, a unitary constitution without zones, without privileges for any minority community, without equality as tCs understand it, and above all without separate votings and other apartheid clauses. It may be hard for Turkish Cypriots to either understand or accept it, but in the end it is in their best interest as well. It's hypocritical to ask for imperialists to get out while at the same time their imperialist ideas to stay. Last, to that pathetic minority of Greek Cypriots that may think that Turkish Cypriots have no rights on Cyprus, I say "kiss my Byzantine ass"!
Posted by Κ. Χ. ΚΥΡΙΑΚΙΔΗΣ on 9:24 AM

For Kurdish youth in Turkey, autonomy is no longer enough | The Christian Science Monitor

Youth in Diyarbakir, the Kurdish 'capital' in Turkey's southeast, have been celebrating triumphs on the battlefield and at the ballot box, even as a peace process with Turkey unravels.

DIYARBAKIR, TURKEY — In her flowing dress, leather sandals, and sunglasses, Ozgur Yesha, whose name means “Live Free” in Turkish, looks a lot like an American hippie from the sixties.

The teenager doesn’t strike you as someone ready to rush off to battle. Still, her parents lose sleep over the idea that she might run off with the peshmerga, the Kurdish fighters rolling back Islamic State militants in northern Iraq.

Her ideological zeal exceeds that of her parents and is emblematic of a generational divide among Turkey’s Kurds that is crystallizing in a time of turmoil. In recent months, Kurds have celebrated victories over IS across the border in Syria and made unprecedented political gains in Turkish elections, only to see the unraveling of a three-year peace process between Turkey and the outlawed Kurdish Workers’ Party, or PKK.

The apparently endless stalemate on Cyprus is getting a thorough treatment in the publication by the organization “Freedom and Justice for Cyprus”.

While the documentation of what went down through the 1960's and 1970's is shocking and brutal, the real coup of the book is that it goes back to the 1950's, once and for all settling the question of who originally created the conflict in Cyprus: It wasn't the 'Turkish' Cypriots. Nor was it Turkey. It was, documentably, Great Britain.

The book has a cover as brutal as the title, an image of Cyprus with blood dripping from the north into the southern part. Based on this, one might expect it to contain a vitriolic anti-Turkish diatribe, but this isn't really the case. In spite of some linguistic excesses, such as the phrase “The Turkish Propaganda Machine”, the book in general sticks to the documentation of events and developments on the ground, and thus becomes a valuable resource for understanding the current stalemate, as well as for assessing the merits of various proposed solutions. by Uzay Bulut, August 16, 2015 - Turkey's authorities keep saying that the Turkish "security" forces do what they do -- arrest or kill Kurds -- only when Kurds carry out "terrorist" activities, or only when the Kurdistan Workers' Party (PKK) attacks targets in Turkey. Nothing, however, could be farther from the truth. Turkey's attacks against Kurds have always been intense, even when the PKK declared unilateral ceasefires.

Regarding 2014, when there were no clashes between the Turkish military and the PKK, Faysal Sariyildiz, a Kurdish MP for the Peoples' Democratic Party (HDP), said, "During the last year, regarding the Kurdish issue, 3,490 people have been taken into custody, 880 people have been arrested and 25 people have been killed with police bullets."

We must be free to hurt Muslims’ feelings | Spiked

Antifon's note: We must be free to hurt Turkish Cypriots' feelings!

12 AUGUST 2015 - Following the hacking to death of yet another Bangladeshi secularist blogger, a Bangladeshi police chief has come up with an idea for how these gruesome murders might be halted: secularists should stop criticising religion. Yes, according to Shahidul Haque, the problem is not the machetes being wielded by the intolerant Islamists who can handle no questioning of their beliefs; no, it’s the blasphemous words being published on the blogs of secularists, atheists and free thinkers. If only these people would stop expressing their beliefs, or their lack of belief, then they wouldn’t run the risk of being slaughtered. They ‘crossed the line’, said Haque. If they would just stop ‘hurting religious sentiment’, then they’d be okay.

On 14 Aug 1974, the day of the 2nd Turkish invasion of Cyprus, "Makarios: It's barbaric", Evening Standard

By David Ignatius August 13 - Turkey’s political tensions were sharply evident Thursday, as the country’s leading Kurdish politician accused President Recep Tayyip Erdogan of “supporting ISIS” in the past. He said that Erdogan wants early elections as part of a strategy of “attacking the Kurdish movement” and reversing its recent political gains.

Selahattin Demirtas, the leader of the Peoples’ Democratic Party, or HDP, made the charges in an hour-long telephone interview from Diyarbakir, in southeastern Turkey. He lived up to his reputation as an outspoken opponent of Erdogan and champion of Kurdish rights. His comments framed some of the big issues in the parliamentary campaign that is likely this fall.

Video 56 minutes - Published on Jan 21, 2014 - In this exclusive interview for the Boiling Frogs Post Eyeopener report, FBI whistleblower Sibel Edmonds discusses her recent article, "Turkish PM Erdogan: The Speedy Transformation of an Imperial Puppet." We talk about Erdogan's falling out with Fethullah Gülen and the CIA, and how serviceable puppets are discarded by their shadow government masters when they reach their "expiration date." 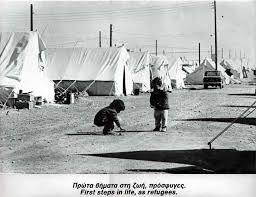 "A strange and troubling piece of commentary by Mr. Charalambous. Does he not understand the sincere
emotional attachment of many Cypriots to their ancestral lands? I have spoken to many children and grandchildren of refugees who regard their ancestors' land as their birthright and who will not give it up on principle. Why should they? Their parents and grandparents land and property is still rightfully theirs under international law and since much of the land and property in occupied Cyprus was seized as part of a systematic policy of ethnic cleansing it is absurd to suggest that the theft of their land should be ‘legalised' as part of any 'solution'. This would create bitterness and resentment and contain the potential for violent instability. The only possible peaceful solution is for maximum restitution of stolen land and the right of return for all refugees. Both Greek and Turkish Cypriot." - James Shawcross. 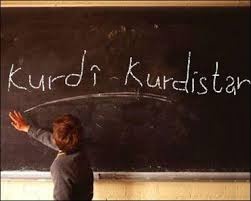 The Republic of "Turkey" has been demanding POLITICAL & CULTURAL EQUALITY for the 18% minority community of Cyprus for the last 60 years! In other words it used military force and threats to secure POLITICAL STATUS, 50-5O share with the 82% Greek Cypriot majority as well as exclusive education in Turkish. Its efforts continue unabated to this date.

Why is neither POLITICAL EQUALITY between ethnic Turks and Kurds nor CULTURAL EQUALITY even discussed in the mainstream Turkish news outlets?

Perhaps more importantly, why are the Kurds (HDP/KCK/PKK) not using the Cyprus issue and Turks' own arguments in favor of the minority to promote their own cause? It seems a no-brainer to me, regardless what the evenyual goal may be.

Makarios: 'We offer an olive branch, but we will never offer earth and water' (Video: 3:42min)

Clip of Cyprus' president, Archbishop Makarios, speaking in the aftermath of the Turkish invasion of the island, from Michalis Cacoyiannis' film, Attila 74: the Rape of Cyprus. As well as defiantly telling the Turks that Cyprus will never submit to it, Makarios also explains what Turkey's long-standing Cyprus policy consists of: 'It's unheard of. 18% of a population claiming the right to manipulate the fate of the other 82%. In other countries, minorities struggle for equal rights. The Turkish minority in Cyprus is trying by force of arms to have not only equal rights but to dictate the destiny of the whole island.'

Cyprus - Rule of law vacuum, ethical deficit and contradictions at the core of the Cyprus Question (47 min)

Published on Jan 27, 2013 - Part 2 of the Seminar - "The rule of law vacuum, ethical deficit and contradictions at the core of the Cyprus Question" by Dr Klearchos Kyriakides, Senior lecturer and a non-practising solicitor, School of Law, University of Hertfordshire, England.

The Guardian view on Turkey and the Kurds: putting peace at risk | The Guardian

Friday 31 July 2015 - Turkey has ended its tentative reconciliation with the Kurds. President Recep Tayyip Erdoğan’s political ambitions could be the key. | Ankara’s decision to throw away years of negotiations with the Kurdish nationalist movement in Turkey is both irresponsible and perverse. It seems likely to add to the dangers and uncertainties that the collapse of state authority in Syria and Iraq have brought to the wider region and it could have ominous implications for Turkey’s internal politics. Since the emergence of the modern state after the first world war, the relations between the ethnic Turkish majority and the Kurds, the country’s largest minority, have been the single largest problem faced by the country. Ankara originally tried to solve it by suppression and compulsory assimilation, hoping that in time Kurds would become indistinguishable from the rest of the population. The predictable result was resistance, in the early years in the form of sporadic revolts and, in the late 1970s, in the form of the Kurdistan Workers’ party, or PKK, an armed separatist movement.