Look Beyond and Act Despite the Noise 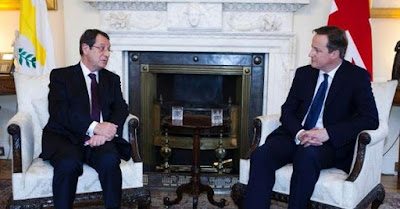 All Cypriots must understand that the UK/US will do ANYTHING to preserve the "S"BAs (military bases), without any concern whatsoever for either Cypriots or justice, other than present the solution and themselves as shiny as possible.

The Cyprus government must use the leverage it has to threaten the UK with action to remove the bases, and mean it. Otherwise they will play us for time in much the same way they have been doing for the last 40 years.

The Cyprus government must also introduce the northern Kurdish cause into the equation in order to:
It's simple really. The interests of US/ UK/ "Turkey"/ tCs coincide. By creating enormous volumes of noise these actors manage to hide the fundamentals of the problem. They have successfully forced our leaders' capitulation with the boogieman: bizonality or else. We need to call the bluff. Prepare and call it. Soon.

Their theatrics are so impressively powerful they have even stolen a black-swan reality to suit their bogus purpose. Yes, the stars are indeed aligned. But not for their dissolution of the Republic of Cyprus but rather its upgrade, away from apartheid, away from privileges, away from foreign meddling, and MOST CERTAINLY away from zones.

UN/EU membership & energy are our defensive weapons. The ones I list above our offensive ones, which have so far been left unused. It's time to get serious. 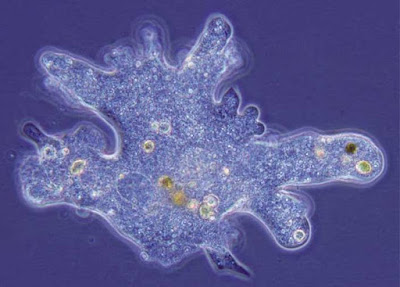 The USA, in as far as Cyprus is concerned, can be viewed as a political amoeba, a single-celled deleterious parasite that cannot be removed and can only be preserved via bizonal reproduction. This protozoan views its host organism solely as a military base with various other essential infrastructure. It has a jellylike mass of political cytoplasm that forms temporary pseudo-positions, by which it moves and engulfs every notion of justice.

Looking beyond empty statements and declarations, the USA is an enemy of Cyprus and Cypriots, far greater than "Turkey", an enemy that demands apartheid solutions it would never, and never did, consider for any of its sizable ethnic minorities. It's Cyprus problem, how to preserve its geostrategic privileges on Cyprus, has nothing to do with Cypriots' problem, "Turkey". Unsurprisingly, the US solution is no solution for Cyprus and Cypriots.
--

2008 January 29, 14:17 (Tuesday), US Ambassador SCHLICHER "Via varied formal agreements and informal arrangements, the United States enjoys some access to and benefits from these UK facilities. Unlike the Cyprus-owned infrastructure noted above, the damage or complete loss of SBA-housed facilities would pose a threat to our national security interests in the eastern Mediterranean." 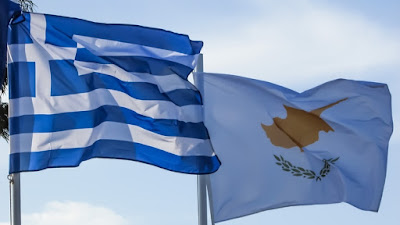 24th April marked twelve years since Cypriot Greeks rejected in a referendum, by an overwhelming 76% margin, the UN-sponsored “Annan Plan”. By contrast, 65% of Cypriot Turks with Turkish settlers in the occupied north accepted the plan in a separate referendum.

This rejection by Cypriot Greeks must be startlingly puzzling to a foreign observer. I can even picture an annoyed reaction in my mind: Wait a minute! 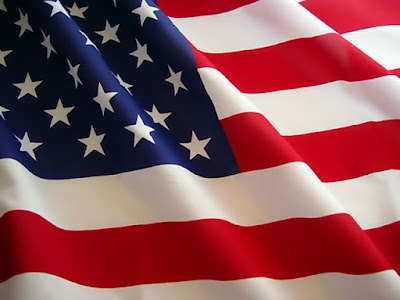 US Ambassador in Cyprus Ronald L. Schlicher, 2008 January 29, 14:17 (Tuesday): "3. (C) Reftel Para 10:  Under the terms of the 1960 independence treaties, Great Britain was allowed to retain two "Sovereign Base Areas" (SBAs) and several isolated sites scattered throughout Cyprus, such as the RAF radar dome on Mt. Olympus, the island's highest point, and various antenna arrays in Ayios Nikolaos, near Famagusta.  Via varied formal agreements and informal arrangements, the United States enjoys some access to and benefits from these UK facilities. Unlike the Cyprus-owned infrastructure noted above, the damage or complete loss of SBA-housed facilities would pose a threat to our national security interests in the eastern Mediterranean." 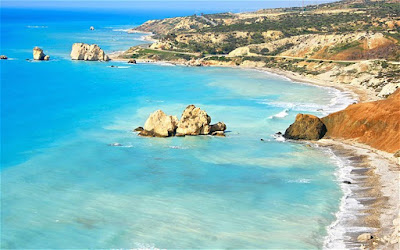 It is usual in European politics those years, for people to vote one thing and their leaders to do another. This is what happened in many occasions, from the French referendum of 2005 on the European “constitution” till the Greek referendum of 2015, not to mention pre-electoral promises never fulfilled.

But there are also a few exceptions, when a leader cannot or does not want to go against the will of the voters. Such an exception was the referendum on Cyprus in 2004, when the population voted overwhelmingly to reject the Annan plan for the “reunification” of the island.

Many readers may think that what is happening in Cyprus, a small member-state of EU in Eastern Mediterranean, is of rather marginal importance. This is what mainstream media are implying by their (non) reporting on the real parameters of the Cyprus question. But, in reality, the opposite is true. Cyprus, in spite of its magnitude, is too important to speak much of it! 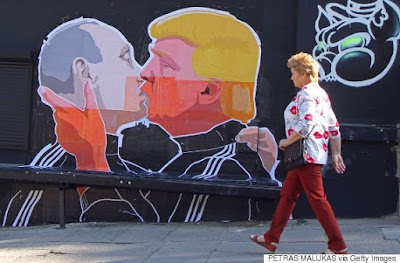 BEIRUT — Something significant happened in the last few days of April, but it seems the only person who noticed was Stephen Cohen, a professor emeritus of Russian studies at New York University and Princeton University.

In a recorded interview, Cohen notes that a section of the Russian leadership is showing signs of restlessness, focused on President Vladimir Putin’s leadership. We are not talking of street protesters. We are not talking coups against Putin — his popularity remains above 80 percent and he is not about to be displaced. But we are talking about serious pressure being applied to the president to come down from the high wire along which he has warily trod until now.
Read more »
Posted by Κ. Χ. ΚΥΡΙΑΚΙΔΗΣ on 11:59 PM

If you build it, it will sink 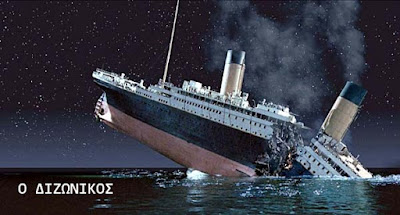 Taking the Cypriots for a settlement… ride - CYPRUS MAIL 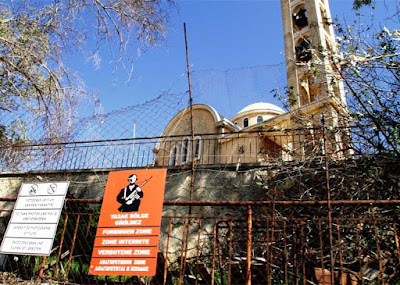 Having outlined the sad historical background of the denial of implementation of the core UN principles of equal rights and of self-determination for the people of Cyprus in our Victory Day anniversary analysis (9 May 2016), it is necessary to take a look at the current state of affairs with respect to the settlement process of the Cyprus question.

The latest statement we had from the Chief Negotiator of the victimised side on the Cyprus equation i.e. the Greek majority, whose right to self-determination has been violated for 70 long years, came out last weekend. It reads as follows: Today we have the best chance ever for reunification of Cyprus which is why we should take advantage of it and do everything we can in this direction. This is a unique opportunity and this window of opportunity will not stay open forever.
Read more »
Posted by Κ. Χ. ΚΥΡΙΑΚΙΔΗΣ on 3:31 PM 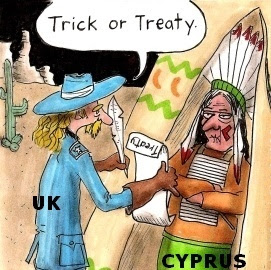 Today marks the anniversary of the defeat of Nazism. The 9th of May 1945, Victory Day, marks the date Nazi Germany, bent on subjugating the whole world, was utterly defeated by the Allied Powers. The latter through their commitments signed under both the Atlantic (1941) and the UN Charter (1945) undertook, inter alia, to lead the colonized peoples to self-government and ultimately to self-determination.

The two cornerstone charters agreed for building a better postwar world clearly illustrated the importance of self-government/self-determination in world affairs. On the one hand the Atlantic Charter (14 August 1941) stated, inter alia, self-determination and restoration of self-government to those deprived of it as ideal goals of the post-World War II international order.

On the other hand, the United Nations Charter, in other words the agreed constitution of the new world order (signed in San Francisco, US, 26 June 1945) dedicates a whole Chapter - XI: Declaration regarding Non-Self-Governing Territories – detailing the obligations of the UN member states towards leading their colonized peoples to self-government-self-determination.

The elephant in our global room

Islam is too serious a threat to be delegated to the extreme right.
Posted by Κ. Χ. ΚΥΡΙΑΚΙΔΗΣ on 2:59 PM

Email ThisBlogThis!Share to TwitterShare to FacebookShare to Pinterest
Categories: Islam

How do you spell 'islam'? 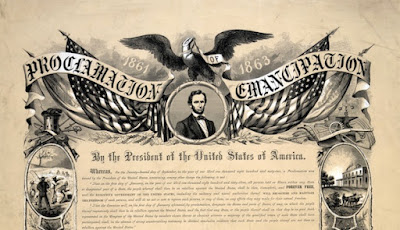 Those that consider islam a religion cannot fight it. They can only adjust to it. Those of us who see right through the religious hypocrisy and are not afraid to challenge it are well positioned to fight and defeat it before it wreaks havoc with our societies.

Remember, islam is islam & the overwhelming majority of muslims are trapped in it. Just as light cannot escape a black hole neither can they escape islam. It's up to us to kill allah & emancipate them.