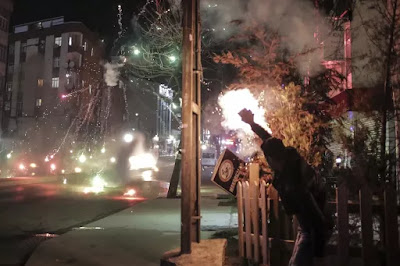 ISTANBUL — Turkey is confronting what amounts to a strategic nightmare as bombs explode in its cities, its enemies encroach on its borders and its allies seemingly snub its demands.

As recently as four years ago, Turkey appeared poised to become one of the biggest winners of the Arab Spring, an ascendant power hailed by the West as a model and embraced by a region seeking new patrons and new forms of governance.

All that has evaporated since the failure of the Arab revolts, shifts in the geopolitical landscape and the trajectory of the Syrian war.

Russia, Turkey’s oldest and nearest rival, is expanding its presence around Turkey’s borders — in Syria to the south, in Crimea and Ukraine to the north, and in Armenia to the east. On Saturday, Russia’s Defense Ministry announced the deployment of a new batch of fighter jets and combat helicopters to an air base outside the Armenian capital, Yerevan, 25 miles from the Turkish border.
Read more »
Posted by Κ. Χ. ΚΥΡΙΑΚΙΔΗΣ on 12:06 PM 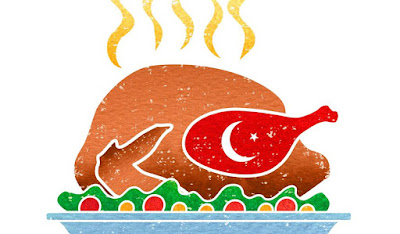 Internal and external forces are tearing at the nation’ seams

Turkey, an erstwhile U.S. ally long hailed as a bastion of secular democracy in the Muslim world, could be spiraling toward all-out civil war and potential dissolution as conflicts between Turkish security forces and Kurds and other ethnic minorities continue to escalate. These conflicts have been exacerbated by the catastrophic war in neighboring Syria, which has created a refugee crisis in Turkey, expanded Turkey’s bloody campaign against Kurds into Iraq and Syria, and pushed Turkish officials into a convenient collusion with the Islamic State, or ISIS.

The lurch toward a more Islamist, autocratic posture by President Recep Tayyip Erdogan has long worried regional and western observers, particularly his strong curbs on political speech and active political repression of the Kurds. That policy has taken a bloody turn with the repeated bombing of Syrian and Iraqi Kurds — both of whom have been anti-ISIS bulwarks — and, since July 2015, escalating crackdowns at home. The murder in November of Tahir Elci, a leading Kurdish human rights advocate and president of the Diyarbakir Bar Association in southeastern Turkey has dramatically increased tensions and violence inside Turkey and put the Kurdish issue — seemingly settled only a few years ago — back on the agenda. The killing, which Human Rights Watch called an “assassination,” demonstrated to the world how out of control the province has become.

Erdogan is on the brink of ultimate power, but Turkey is falling apart | INDEPENDENT 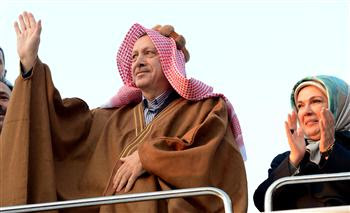 The biggest losers are the Turkish people, as critics and political opponents of the President's regime are labelled ‘traitors’ and ‘terrorists’

Turkey's President Erdogan may hold another election to obtain the 330 seats he needs to hold a referendum on the country's constitution.

Until 2002, when the AKP (Justice and Development Party) came to power, Turkey was doing pretty well in following Kemal Atatürk’s dictum: “peace at home, peace abroad”. Admittedly, there were three military coups between 1960 and 1980 to keep Turkey on track, together with ‘a soft coup’ in 1997. But the country was still a respected member of NATO with prospects - however distant - of EU membership.