This Is What Putin Really Wants | The National Interest

Fiona Hill, February 24, 2015 | Putin doesn't want to restore the Russian Empire or a new geopolitical order. He wants something else entirely... At a news conference in Budapest on February 17, Russian president Vladimir Putin engaged in one of his favorite pastimes: sparring with journalists. One reporter asked if Putin thought the newly brokered ceasefire in Ukraine’s Donbas region would hold. If not, what would Russia do if the United States sent weapons to the Ukrainian army? “Arms supplies are already taking place,” Putin asserted. 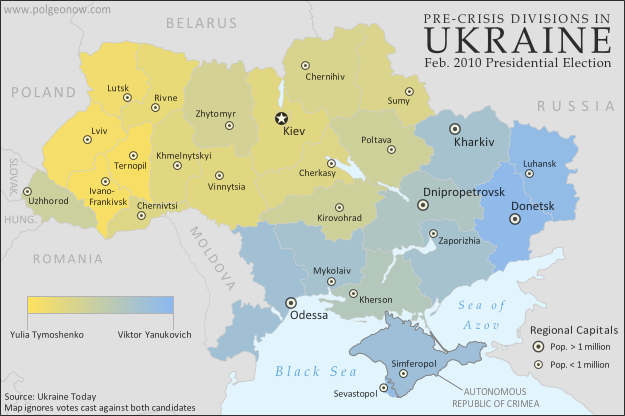 Assume that Americans and their NATO allies are right 100% in saying that Putin is provoking the escalation of tension in south and eastern Ukraine. Imagine that after sufficient "provocations" from the Ukrainians Putin has had enough and outright invades Ukraine, even bombs Kiev, and chases pro-western Ukrainians away by force from the south and the east of the country. Imagine further that Poroshenko makes a desperate plea at the United Nations for the cessation of hostilities & the respect of his country's territorial integrity. Imagine that a temporary exchange of populations is agreed, so that all Russians of Ukraine move to the Russia-occupied south and east of the country, or the Russia occupied half of Kiev, as well as allowing the remaining few Ukrainians to move to the free Ukraine. Imagine that the United Nations, unable/unwilling to chase Putin out and after six years of dead-end talks, "convinces" the Ukrainians to pursue a Bizonal Bicommunal Federation, based on the Cyprus 2004 Annan Plan, as the only realistic way out of the conflict that preserves the fundamental goal of keeping the country united, insisting that such plan is in line with the organization's principles. Just imagine. And Putin would be right in asserting that unlike Cyprus, bizonality in Ukraine was a pre-exisiting condition, not the result of ethnic cleansing. See map below.

In a joint press conference with German Chancellor Angela Merkel, President Obama stated that he was considering sending weapons to the government of Ukraine.  Noting that Russia had already annexed Crimea and was now backing separatist rebels in eastern Ukraine, the president warned that “the West cannot stand and simply allow the borders of Europe to be redrawn at the barrel of a gun.” 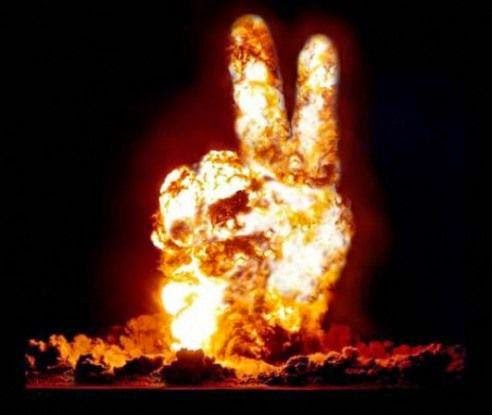 "There are four months left until Turkish parliamentary elections, and one baffling issue is what the pro-Kurdish Peoples' Democratic Party (HDP) is up to," political observer Yavuz Baydar said.

He was referring to the HDP's decision to enter the elections as a political party as opposed to its usual practice of running with independent candidates and defeating 10 percent of the national threshold required for a political party to gain seats in the Parliament.

Kevin Zeese 07 February 2015 | Noam Chomsky says Henry Kissinger should be prosecuted for his war crimes but on Ukraine they are surprisingly close to agreement.

The New York Times reported Tuesday that the Obama administration is considering sending more weapons to Ukraine – $3 billion worth. The Times reports: "Secretary of State John Kerry, who plans to visit Kiev on Thursday [Feb. 5], is open to new discussions about providing lethal assistance, as is Gen. Martin E. Dempsey, the chairman of the Joint Chiefs of Staff, officials said."

This follows Defense News reporting that this spring the United States will be sending troops to train the Ukrainian National Guard and commence the shipping of U.S.-funded armored vehicles. The funding for this is coming from the congressionally-authorized Global Security Contingency Fund, which was requested by the Obama administration in the fiscal year 2015 budget to help train and equip the armed forces of allies around the globe.

The Cost of Keeping "Turkey" in One Piece If Turks wish to keep their country in one piece, then they must speedily get used to the idea that Kurds will eventually have NO LESS POLITICAL and CULTURAL RIGHTS inside the NEW TURKEY than their successive governments have been demanding on behalf of the Turkish Cypriot minority community in Cyprus.
Posted by Κ. Χ. ΚΥΡΙΑΚΙΔΗΣ on 7:17 PM