Greece can only do so much 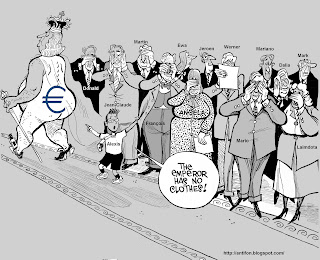 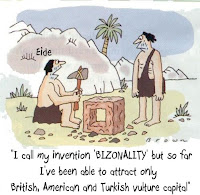 Bizonality is not a federation. If it was, its supporters would be able to point to at least one (of the 25 or so that exist today in the world) where the residents of a state/canton are deprived of the rights to vote and be elected. The intent of their PSEUDO-FEDERATION is obviously to create/maintain ethnic-based clean areas, where such areas never existed before in the history of Cyprus. The problem may be difficult to solve, but cementing injustice in an unprecedented racially segregated concoction is most certainly not the way. Their menacing dilemma between a pseudo-state in the occupied, ethnically cleansed north and a pseudo-federation for the whole is a PSEUDO-DILEMMA. The answer is neither. The answer is freedom. The answer is democracy.
Posted by Κ. Χ. ΚΥΡΙΑΚΙΔΗΣ on 1:28 PM 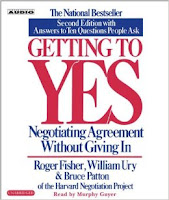 For a win-win successful result a negotiation must be principled. How then do the United Nations hope to carry out a principled negotiation when the very basis thereof is unprincipled? Not merely unprincipled but in direct violation of a plethora of its own resolutions. Accepting bizonality as the basis for the negotiations is equivalent to legitimizing the 1974 invasion, division and ethnic cleansing of the formerly majority Christian northern Cypriot territories. Even if Christians understand bizonality vastly differently from Muslim Cypriots, why have they accepted it as a basis? Well, if your country had been invaded by a neighboring country 100 times your size, already occupying 37% of your territory & having the silent support of its even bigger allies (US/UK) to pursue such action, what would you do? It is not up to the Cypriots to denounce bizonality. The responsibility rests on the shoulders of those pulling the strings, namely the United States and the United Kingdom, who as this 2008 US cable proves, they are far from the neutral thirds in the Cyprus quagmire they wish to project to the outside world.

Cyprus, the EU and the Eastern Mediterranean by Cyprus' High Commissioner

Speech (68 minutes) by Euripides Evriviades, Cyprus' High Commissioner, at the London Academy of Diplomacy titled "Cyprus, the EU and the Eastern Mediterranean" on April 30th 2015.
The accession of Cyprus to the EU in 2004, is the single most important strategic development in the country’s turbulent history since independence in 1960. It affirmed Cyprus’s place in Europe and its importance in the security of the Eastern Mediterranean, therefore proving to be a win-win development, both for the island and for the region. Cyprus also became a member of the Eurozone in 2008 and it’s going through an economic crisis. In this lively presentation, His Excellency, the High Commissioner of Cyprus, underlines why both Cyprus and the EU are important to each other and to the long term security, development and economic prosperity not only of the Eastern Mediterranean, but of the European continent. Will the recently discovered hydrocarbons in the Eastern Mediterranean be the prolegomena of the establishment of a union analogous to the European Coal and Steel Community? Is it a blessing or a curse? And what about the unresolved Cyprus question? Where does it fit in this strategic matrix? Is it intractable or insoluble as the Economist argued? And what does a solution or non-solution mean for the people, the rule of law and peace, security and stability of Cyprus and the region?

By Henrik R. Clausen, EuropeNews July 21 2011 - Today, July 20th 2011, marks the 37th anniversary of theTurkish invasion of Cyprus. While such acts by the invading countries are generally held to be illegal (and rightly so), Turkey has gotten away with the invasion and the ensuing occupation with remarkably few consequences. This is in great extent due to the non-application of international law and fundamental principles in the matter. Conversely, a just and lasting solution to the Cyprus problem can be found in classical international law. Matters not that hard to understand.

By Gal Luft, Jun. 14, 2015 - With Cyprus Preisdent Nicos Anastasiades visiting Jerusalem this week, Israel would do well to remember it has an ally a 40-minute flight away.

It may sometimes seem the world is increasingly antagonistic toward Israel, but Cyprus President Nicos Anastasiades’ visit to Jerusalem this week should remind Israelis that there are still allies to be found, even in the Middle East. One of them lies a mere 200 kilometers from the beaches of Haifa.

For decades, Israel has neglected Cyprus, focusing its efforts on becoming more acceptable to its Arab neighbors, as well as to Turkey, Cyprus' archenemy. But these efforts have stalled in recent years. Relations with Turkey have soured, the peace with Jordan and Egypt is more or less frozen, and the peace process with the Palestinians is nonexistent.

Twenty-one years ago, we worked closely with Congressman Eliot Engel to enact Public Law 103-372, a bill that committed American resources to finding the remains of five Greek Americans missing since the 1974 invasion of Cyprus. The bill helped bring a small measure of justice to the Andrew Kassapis family. Andrew was one of those missing Greek Americans. Unfortunately, 17 years after Andrew’s remains were returned, the other four Greek Americans along with nearly 1,500 Cypriots still remain missing.

Please join our letter to Secretary of State John Kerry for renewed pressure on Turkey to make the information about the missing available:

It could be one of the best contributions to building momentum towards a just and lasting solution to Cyprus. 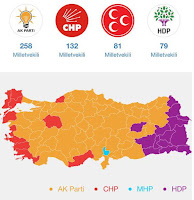 Michael Rubin, 06.08.2015 - President Recep Tayyip Erdoğan, a man who brokers no dissent, went into
Sunday’s elections hoping to win enough of a majority so that he could ram through a new constitution that would enhance the power of the president, now largely symbolic, over that of the prime minister and parliament. He was disappointed. But Westerners hoping that this signals an end to Erdoğan’s anti-democratic rule may also be disappointed.

Turkey is the bad actor on Cyprus | By Rep. Gus M. Bilirakis (R-Fla.)

May 06, 2015 - In “Cyprus: The volatile and oddly forgotten frozen conflict,” Mehmet Mustafaoglu demonstrates why the world has not been able to end Turkey’s nearly 41-year occupation of Cyprus and bring stability to the region.  Every successful peace negotiation requires genuine partners, a trait that Turkey has not exhibited over the past four decades in Cyprus.  Indeed – despite Mustafaoglu’s failure to paint an accurate picture of Turkey’s 1974 invasion – it is worth noting that the second wave of that invasion, Atilla II, was launched by Ankara as peace talks were underway.

June 1, 2015 - On 7 June Turkey’s democratic system will be deeply tested in a fateful parliamentary election; at stake is preservation of rule of law and liberal democracy against an increasingly authoritarian-minded President.

Bottom line: if President Erdoğan’s AKP party is able to win big, the entire system of separation of powers in Turkey will likely reach breaking point. Erdoğan will have gained the carte blanche he seeks to mold, shape and steer the state any direction he wants in a semi-legal form of one man rule. And this comes at a time when his presidency has become ever more erratic, arbitrary, error-prone, corrupt, vengeful and out of touch.