Eight great reasons to Save Cyprus by  Caroline Dudgeon, the Cypriot with immense passion for Cyprus!

1.To expose the treachery against the Republic of Cyprus by all those that colluded in the 1974 invasion and have stood back for 38 years while Turkey continues to change the demographic balance of Cyprus with illegal settlers.

Email ThisBlogThis!Share to TwitterShare to FacebookShare to Pinterest
Categories: Posts I liked, Wisdom

According to this video (1:23 min) from BBC in July 1974, Turkey was planning to invade Cyrpus for years and that Operation Attila was not a military invasion developed on the fly in response to Greece's military junta's coup-d-etat in Nicosia.

The wrong side of the tracks 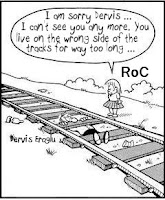 Nektarios Ioannides "I agree Serdar but we have to acknowledge the EU is not responsible for the situation the tCypriots are finding themselves today. The tCypriot leadership's decades long policy of self-segregation from the rest of the Cypriot populations is with all its repercussions as we know them today.

"Despite being fundamentally in disagreement with President Christofia's approach to the 'Turkey in Cyprus' problem I have to congratulate him for inviting tCypriots to the event as they are part of Cyprus. But that's all they are. A part. A minority that should enjoy and bare the responsibilities of every other minority in any other EU country. 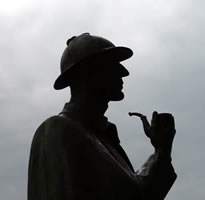 I am writing this in English, so that our friends, who do not speak or read Greek, will know what I am on about.

Today I have watched the Ceremony of the Cyprus European Presidency. I am proud as a Greek Cypriot, that my tiny Country is been given this important post, even for the period of 6 months. For the first time, I have watched and heard our President Mr. Christofias, speaking as a "real" President. It is no secret that I regard him as a failure, but today, I must admit, I was pleasantly surprised. He has handled all questions fired at him well enough, and his speech was that of a President ( for a change, and in Greek thank God ! ). I am also pleased with the Cypriot delegation to the Council of Europe that came up front with realities that their counter parts in Europe might have not realized up to now. Overall, it was a very successful inauguration on our behalf, so far ....

Email ThisBlogThis!Share to TwitterShare to FacebookShare to Pinterest
Categories: Posts I liked, Suckers

House Resolution 676 and Senate Resolution 57 both seek to pressure Turkey into finally giving Cyprus the freedom it deserves. The goal of each resolution is: