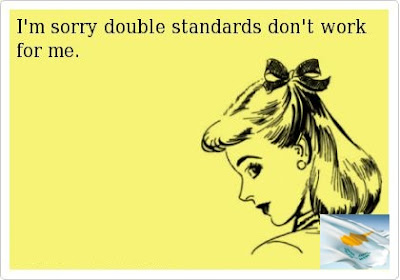 As a means of survival ethnic Turks learn their state-manufactured poems well. They do so diligently since they became a country back in 1923. In relation to Cyprus they staunchly support all the myths surrounding the Turkish Cypriot minority. But they fail to realize how applicable what they say is to them. Perhaps they can understand better what they sound like this way:
Ps. These statements are made verbatum (save Kurd, Turk, & "Turkey") in an interview (22/4/2016, Natural Gas Europe) by Mithat Rende who served as "Turkey"’s Ambassador and Permanent Representative of "Turkey" to the OECD between 2013 and March 2016. 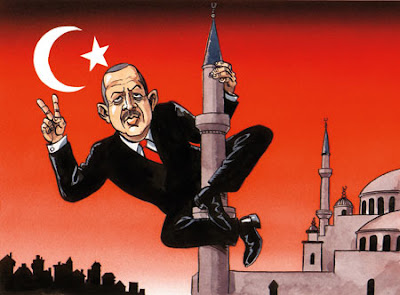 "Turkey" says 80.000 Turkish Cypriots (of Cyprus) must be educated exclusively in Turkish. They must not even learn Greek, the language of the land non-stop for millenniums and of the historic Christian majority. Why then in "Turkey" 20 million Kurds cannot even learn theirs, being forced instead for full exclusive education in Turkish? Why Recep? Why Ahmet? Why Mustafa? Why Espen? Why Barack?
Posted by Κ. Χ. ΚΥΡΙΑΚΙΔΗΣ on 8:41 PM

Turkey's invasion of Cyprus, which forced Christians out of their ancestral homes, has created the phenomenon of 'bizonality,’ a geographical separation between Muslims and Christians. Strangely, this new reality has even become the basis of the UN-led Cyprus negotiations -- despite the Security Council’s own resolutions condemning Turkey’s actions.

In 1974 an illegal coup instigated by Greece’s junta caused the deaths of almost 100 Christian Cypriots. The ensuing unilateral Turkish invasion of Cyprus, ostensibly to protect the Muslim minority, was a sheer catastrophe, causing several thousand deaths.

The historic Christian majority of the 37% occupied northern part was forced or intimidated out, and the Muslim minority island-wide was later invited in.

"Bizonality," a pure ethnic-religious geographical separation, became a new reality, strangely even the basis of the UN-led Cyprus negotiations, despite the Security Council’s own resolutions (353 (1974), 541 (1983), 550 (1984)) condemning Turkey’s actions and calling for the respect of Cyprus’ “sovereignty, independence and territorial integrity.” No wonder Cyprus has “been dubbed a graveyard for peacemakers.”
Read more »
Posted by Κ. Χ. ΚΥΡΙΑΚΙΔΗΣ on 8:10 PM

My note: Do read this NEWSWEEK article. For us Cypriots what the Brits are realizing today comes as no surprise. In our case the UN Secretary General called it self-segregation in 1965. Now (our moderate) Muslims attempt to legitimize faith-based segregation in the land's primary law. Imagine EU's hardcore Muslims! My conviction is that the quality of the Cyprus solution will seal the future of Europe. ** I hope to very soon see an article of mine published, examining Islam, Muslims, Cyprus and the ramifications of a bizonal precedent for the west at large **
--

Being Greek is about loving life! When "The Simpsons" got their Greek on! Opa!

Cyprus with most IDPs (Internally Displaced People) in the World 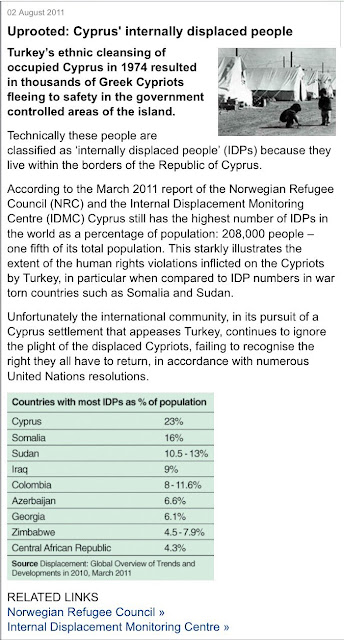 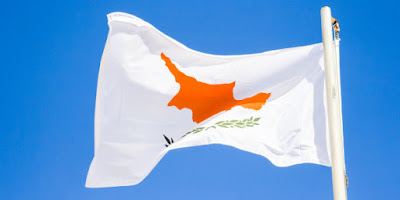 My note: May 2016 bury the bizonal claptrap forever & set course for an upgraded 1960, without its apartheid, foreign meddling & special privileges for the tCypriot minority.

The Eastern Mediterranean island of Cyprus leapt into the headlines with the landing of a hijacked EgyptAir plane. It will soon make headlines again as the US and the UN move to end the 42-year division of that country, through its capital city of Nicosia, by 40,000 Turkish troops. These negotiations will have significant ramifications for the region and the U.S.

Cyprus is a strong U.S. ally and the only western democracy, other than Israel, virtually within sight of Middle Eastern shores. Ending the occupation and division of Cyprus will be crucial to America’s security interests.