The legal basis of the Cyprus British bases

ALAIN PELLET: The legal basis of the Cyprus British bases (1 hour & 13 minutes in the English language, aside from a short intro)
Posted by ΚΧΚ on 3:11 PM

"Turkey" has the answers! 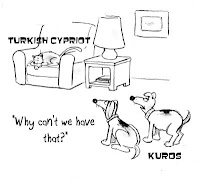 Kurds make up 30% of "Turkey" 's population & Turkish Cypriots 12% [18% at their peak] of Cyprus' population. Turkish Cypriots' native language is an official language of the country and they receive full education in Turkish WHEREAS the Kurdish language does not have an official status in "Turkey" and is considered a foreign language by the state apparatus, Kurds are educated in the majority's la
nguage and can only learn the Kurdish language at the university level, if they choose Kurdish as an elective, and even this "privilege" is a recent development. "TURKEY" is actively involved in addressing the grievances of both nations' ethnic minorities (in the case of Cyprus illegally).

Do you by any chance spot anything interesting?
Posted by ΚΧΚ on 2:17 PM 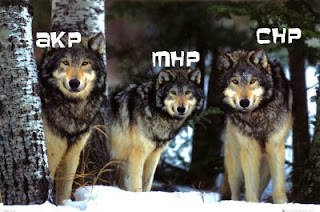 Political spectrum in "Turkey", for the Turkish ethnic majority community, all the way from the far right to the extreme right!