The Guarantors That Created the Cyprus Problem | Mehmet Levent 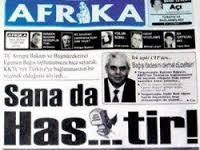 Under the title “Guarantorship”, columnist Mehmet Levent (a Turkish Cypriot) replies in Turkish Cypriot daily Afrika newspaper (29.05.15) to the statement made by Turkish President, Recep Tayyip Erdogan who had said that Turkey will not abandon its rights as a guarantor power in Cyprus and that it is not possible to accept the guarantees of the European Union (EU). The columnist recalls the position of the Greek Cypriot side that the system of guarantees has bankrupted and should be dissolved. Levent reports:

Kurds Vow to Push Erdogan Back, in Parliament or on the Streets | Bloomberg

by Selcan Hacaoglu | May 27, 2015 - The stage is set for a showdown between Turkey’s most powerful man and a political party that’s never won a seat in parliament.

The all-or-nothing structure of Turkey’s elections system means Kurds are kingmakers in the election on June 7. Either they enter parliament with 10 percent of the national vote and gain about 50 seats, or they fall short, ceding those seats to the ruling AK Party, which is seeking to expand the power of its founder and former boss, President Recep Tayyip Erdogan, the nation’s unquestioned leader of 12 years.

Alexander Mercouris  - Proposals by the Donetsk and Lugansk People’s Republics and comments by Kerry and Steinmeier suggest confederal structure just short of outright partition is the best Ukraine can now hope for.

In the absence of any proposal for constitutional reform from Kiev, the space is being filled by the Russians and by the two regions in the Donbass that are resisting the authority of the Maidan government – the Donetsk and Lugansk People’s Republics.

Akinci as president of Cyprus 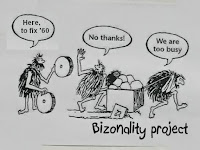 In the landmass we incorrectly call "Turkey" we have bizonality. In Cyprus we don't. So called "trnc" is loot. Most properties belong to Christians with titles from one of the oldest land registries in Europe. Cypriots will never vote for an apartheid plan that legitimizes land grab and ethnic cleansing.

What "Turkey" wants in Cyprus is the same it wanted since the 1950s: its total control by using the Turkish Cypriots as stooges. Akinci is a good development, but before long everyone will realize that at 1 billion lira subsidies per year he does not really have a say. And even if he did, his community's demands for special minority privileges are compatible neither with reason nor the history of this land, even though Turkish Cypriots have been misled to believe that they deserve them. Cherchez les "S"BAs for that.

You too can draw him (4 minutes, funny!)

Prayer In Mosques Is Outlawed And All Muslim Shopkeepers Must Sell Alcohol Or Face Prosecution | by Shoebat Foundation on May 6, 2015 | Walid and Theodore Shoebat - Before a Muslim community gets into Jihad mode, the first thing they do is call on all Muslims to repent from alcohol, pork and tobacco. It is this spark which begins the process rolling, as small groups of Muslims begin to push that agenda on Muslim communities by using peer-pressure. When this happens, it is a sign that trouble is ahead. Pretty soon they begin to demand a change in laws in order to force the host to acquiesce to their demands.

This problem exists in any society where Islam is allowed. So when giving Muslims “freedom of religion,” the ball gets rolling and soon Islam’s ethics begins to conflict with the host nation.

by David P. Goldman, Asia Times Online, May 5, 2015 - In Mel Brooks' comedy History of the World Part I, Moses is shown descending from Mount Sinai with three stone tablets in hand. As he declares, "I give you the Fifteen Commandments," one falls and breaks, and Moses corrects himself, "er, Ten Commandments."

Jews, including the observant, find this funny rather than offensive. As we learned once again in Garland, Texas, Muslims do not laugh at jokes about Mohammed, the purported author of the Koran (as Moses is the author of the Torah). Two wannabe Jihadists with assault rifles and body armor were no match for an off-duty Texas traffic cop with a sidearm, but the incident might have turned into a massacre worse than the murder of the Charlie Hebdo staff in January.

Will Turkey Go the Way of Weimar Germany? | The Gatestone Institute

May 2, 2015, by Burak Bekdil - "That [Turkey] sounds to me like the late Weimar Republic. So I would have no difficulty at all in agreeing that the logics of certain possibilities are being put together in ways that seem very reminiscent of the broader context of right-wing thought in Weimar Republic, especially after 1930." Thus commented last month Geoff Eley, a British-born historian whose early work focused on the radical nationalism in Imperial Germany, and, in Italy, fascism.