You can say anything as long as its ak (*)

* ak: means white in Turkish, as in AK Party or AKP. Paraphrasing the famous quote attributed to Ford of "any colour of car you like as long as it's black", in the early days when he had a single assembly line. In "Turkey" very soon we'll have a single press line. Mein Kampf implementation in the works.

Thoughts on An Open Letter To The Unconquerable Greeks 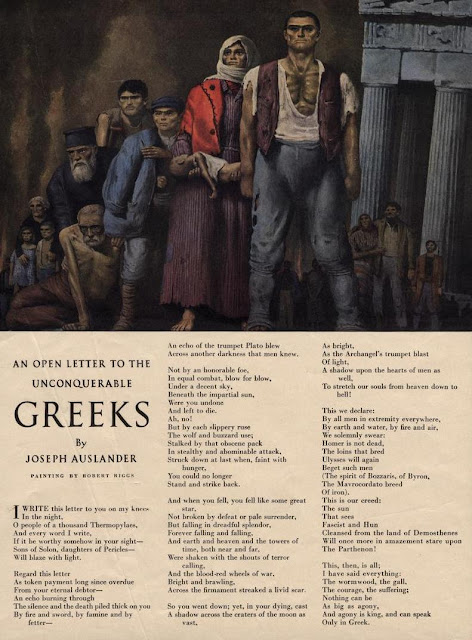 "Regard this letter
As token payment long since overdue
From your eternal debtor—
...
This we declare:
By all men in extremity everywhere,
By earth and water, by fire and air,
We solemnly swear:
Homer is not dead,"

Their Stars Are Aligned. They have to be! 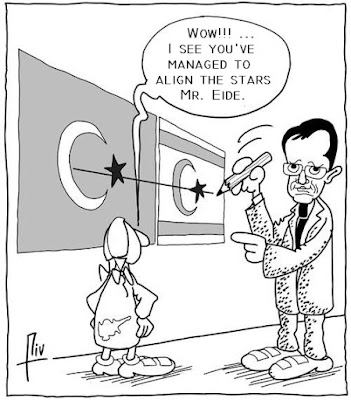 [British Foreign Secretary Philip] Hammond said that the question was “timely” as he believes “we have not, certainly in my political lifetime, seen the stars as optimistically aligned as they are now for Cyprus.” Cyprus Mail - June 2nd 2015

UN Secretary General's Special Adviser on Cyprus Espen Barth Eide has said that the stars are perfectly well aligned on Cyprus and in the neighborhood for a solution, something, which, as he said, has not been seen in a long time. Famagusta Gazette - June 17th 2015

UK/US busy solving their Cyprus problem by aligning the only stars which can keep their bases intact. Espen Barth Eide/UN acting as the US/UK's stooge, nothing more.

Amid the violence, Arab-Israeli newscaster keeps on smiling | The Times Of Israel

Interview with PKK Leader Cemil Bayik: ‘The Future of the Middle East is in the Hands of the Kurds’ | The Pasewan

Note: This excerpt explains both why "Turkey" cannot afford to "lose" northern Syria (Western Kurdistan) & why it will.

Cemil Bayik (PKK leader): "I said the future of the Middle East is in the hands of the Kurds. Today, the Western Kurdistan model demonstrates the Kurds and other democratic forces in the Middle East. Those who combat Daesh (ISIS) are the Kurds. Daesh took a heavy hit in Kobane: this was the beginning of its retreat. Erdogan and his government’s policy failure started from there. Erdogan now opposes the Northern and Western Kurds because they complete each other. That is how the role of Turkey is weakened and Kurds have become a strategic force. The changes in the Middle East start from there, hence energy isn’t the only thing that matters. From now on, the Middle East, or even Caucasus, oil and gas can travel via Western Kurdistan. This is the death of Turkey’s plans. Turkey does whatever it can to prevent Afren and Kobane merging together. Furthermore, Turkey wants to continue its control over certain areas in order to protect Daesh and Ahrar Al-Sham. Turkey is doing this to protect its role within Syria and the wider Middle East. We have now gone passed this; Turkey’s policy in the Middle East is dead. The Kurds are now leading the regional politics and all sides need the Kurds: this is a fact. Previously, there was an international conspiracy against our leader Apo; those who were against Apo yesterday, need Apo and the political forces that he has founded and developed today. This is the end of the international conspiracy against the Kurds; we have achieved this through our struggle." 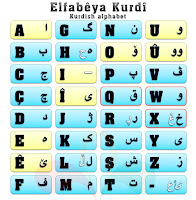 There was a time, not long ago, when all Cypriots spoke Greek, including the Turkish Cypriot minority.

This all changed when a "Turkey"-supported (UK too) constitution was imposed on Cypriots which stipulated exclusive education in Greek for the Greek Cypriot majority and in Turkish for the Turkish Cypriot minority.

Full-blown civil war in the landmass we incorrectly call "Turkey" is not only inevitable but just around the corner as well. HDP will reenter parliament. Government formation will again prove problematic.

Rojava (Syria's Kurdistan), as a result primarily of the Russian campaign, will unite, thus allowing a mini Western Kurdistan to begin to follow in the footsteps of Southern Kurdistan. This will mean RoT (Republic of Turkey) will no longer have a border with Syria but instead with Syria's largely autonomous Western Kurdistan.

This is a 100 minute video that must be watched by all non-Muslims to learn what they must know about islam. Experts Bat Ye'or (Author of "The Dhimmi: Jews and Christians under islam"), Robert Spencer (Author: "Islam unveiled"), Serge Trifkovic (Foreign Affairs Editor, Chronicle Magazine), Abdulah Al-Araby (Director of "The Pen vs. the Sword Publication") and Walid Shoebat (Author "Why I left jihad") explain the basics of islam and the reasons why it is not what you assume it is. Invest these 100 minutes. The world will make a lot more sense if you do.

By Imtiaz Gul, October 7, 2015 - Will the Syrian crisis and two million refugees have the same impact on Turkey as the Afghan jihad and the refugee exodus from Afghanistan had on Pakistan? This question has started doing the rounds among Turk intellectuals and political analysts.

Published on Oct 6, 2015 - The British Prime Minister suggests that he will try and personally intervene with Saudi Arabian authorities in the case of Ali Mohammed al-Nimr, who has been sentenced to death, as he is tackled over the British response to human rights abuses. (3:05 minutes)

Who are you to tell me to get out? 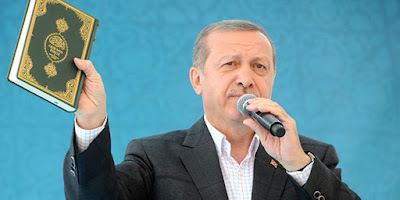 “Who are you to tell me to get out? I have martyrs [Turkey’s 1974 invasion], I have strategic interests.” -Recep Tayyip Erdoğan, Prime Minister of the Republic of Turkey, February 2011

My note: On a people/culture level we Cypriots love the Americans & Brits. But we really do need allies against Turkish bullying/wickedness. Trojan horses won't do. 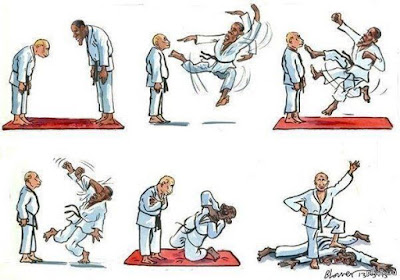 04.10.2015, Alexander Mercouris, Sputnik - The Western response to the Russian air campaign in Syria provokes a sense of deja vu.

In every respect it is identical to the Western response to the Russian campaign in Chechnya in 1999. In the weeks following the start of that campaign Western pundits made a host of claims and predictions. They claimed the Russian airforce was bombing civilians, and accused Russia’s leadership of war crimes. They said Russian military action would radicalise the population, turning it against Russia. They predicted more terrorist attacks against Russia, and predicted Russia’s defeat.

All these claims and predictions proved wrong.

Dr. Ben Carson's recent assertion that the Islamic doctrine of taqiyya encourages Muslims "to lie to achieve your goals" has prompted the Washington Post's Glenn Kessler to quote a number of academics to show that the presidential candidate got it wrong: