From Holding Hands to Giving The Finger!

Erdogan talks tough. He says a limited strike is not enough. He wants Assad to capitulate. How does Assad return the favor? By attacking "Turkey" of course. But how does he do so without risking an all out NATO retaliation? It attacks the illegally occupied, by "Turkey", northern part of Cyprus, which is recognized by noone as being part of "Turkey", but it is neither under the control of the Cyprus government or the EU.
Read more »
Posted by ΚΧΚ on 12:39 PM

In light of the upcoming pan Kurdish conference I wish to share this tiny bit of wisdom with Kurds. Given Turks' thinking and actions in Cyprus over the last several decades, the north Kurdistani position cannot possibly be different than: EITHER we rule all of "Turkey" together, a fully bilingual "Turkey" on an equal basis, OR we rule north Kurdistan on our own. After all, north Kurdistan always was, without the need for an invasion, ethnic cleansing, division or colonisation. This is a position all permanent members of the UNSC can appreciate fully, given that they have dealt with Turkish demands on Cyprus and understand deeply the principles Turks invoke for their positions.
Posted by ΚΧΚ on 1:26 PM 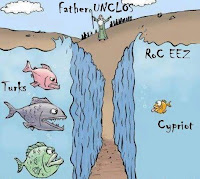 Cyprus has quite a few things going in its favor. First, international law. Unless the UN member Republic of Cyprus decides to cancel itself, and why should it, that's all there is in as far as the law is concerned, a Cyprus spanning all corners of the island, legally speaking. Second, the same legal entity, legal as per the highest law of the earth, the UN charter, is also a member of the European Union, the greatest and most tightly knit intranational grouping since the end of WWII, and a member of EU-17, the hard European core that uses the same currency. 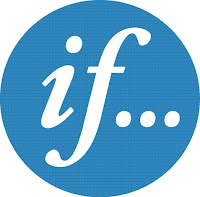 Kurdistan deserves to be. Period. The question is, will it manage to be Muslim but not Islamic? Will its women be free? If Kurdistan were to be just another backward, sexist, gagged society, then I would care not for it. But if, as I hope and expect, Kurdistan will be a truly free, truly democratic, truly open Muslim society then the west has a historical obligation to help it be.
Posted by ΚΧΚ on 7:36 PM 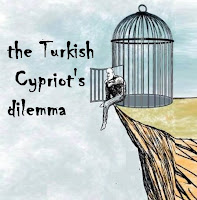 If Turkish Cypriots cannot find the strength to admit to themselves that 1960 was too one-sided in their favour and the real source of the ensuing problems or that the bizonality basis is unnatural for Cyprus and the tainted product of an illegal war, then they are fools. If the Greek Cypriot left wishes to continue patronising the so called Turkish Cypriot progressives, a minority among the minority inbued with a unique leftist nationalism a-la-Turca, then they are doubly so.
Posted by ΚΧΚ on 12:06 AM 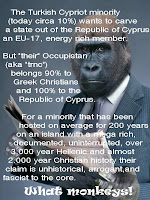 Who do these people of Occupistan think they are trying to fool?
Posted by ΚΧΚ on 5:50 PM

Sculpture (without the flag photoshop addition) by Greek American Zenos Frudakis . Without realizing it, he created the national sculpture of Kurdistan. 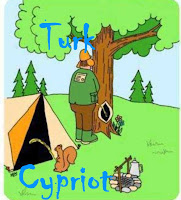 "Turkey" meddles in just about everyone else's affairs, more recently Egypt, Syria, Israel, etc. No other country has been meddled more in than Cyprus. I want to see the Cyprus government return the favor by offering Turks advice about their impasse with Kurds. As a matter of fact I demand it. Turks' own ideas in the 50s, 60s, 70s, 80s and 00's for balancing the rights of a majority and ethnic minority circa 15% have been plenty. It is time we start reminding Turks of their own ideas and how they could help address their Kurdish conundrum. The right time is now, while their constitutional upgrade is being debated.