Published on Apr 24, 2012 - Α documentary with English subtitles about the history of the gymnasium school which is located in the remote area of Rizokarpaso in Cyprus. Few Greek-Cypriots have remained living in this enclave, which is within the part of Cyprus occupied since the Turkish invasion of 1974, for the last 38 years. The Gymnasium was closed down following the invasion in 1974. Thanks to the struggle of the community and the efforts of the Cyprus government, it was reopened in 2004.The existence of the gymnasium is one major reason why the families do still live in the enclave of Rizokarpaso. It constitutes the sole Greek-Cypriot voice in the occupied territories of Cyprus. The documentary includes recent filming in the area of Rizokarpaso and interviews with former and current students and teachers, Greek as well as Cypriot, about the history of the gymnasium. Never before seen documents dating back to 1917 attest to the establishment of the first nucleus of the Rizokarpaso Gymnasium.
Posted by Κ. Χ. ΚΥΡΙΑΚΙΔΗΣ on 2:52 PM

Why We Can't Afford to Abandon Turkey's Kurds | HUFFINGTON POST

JERUSALEM -- The history of Erdoğan's presidency will be written as one of creeping, sometimes galloping, autocratism and of renewed violence in the Kurdish southeast. Erdoğan's new presidential palace and declarations about Muslims discovering America seemed like loony signs of a leader simply not ready to give up and slightly out of step with the rest of the world. They amused but also scared us.

The rejection of calls to recognize the Armenian Genocide during last year's 100th anniversary seemed merely like reflexes of a Turkish strongman who inserted himself not only into the republican tradition of denial but who also continually tries to connect himself back to Ottoman times. With the renewed war against the Kurds, however, we should recognize him for what he is: an autocrat in the making who will not be removed by democratic means should the Turkish people wish to do so and who is willing to sacrifice the lives and freedoms of Turkish citizens for his goals. 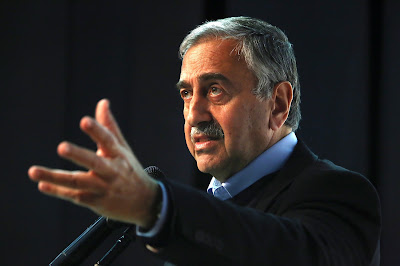 Many would agree that it is one thing to stand for the respect of the human, political and cultural rights of people and communities, but it is totally another to allow a minority to dictate the fate of an entire nation. Since 1960, the majority Greek Cypriots have felt hostage to what they regard a sort of tyranny by an 18% minority.

What if the 20% Kurds of Turkey were to follow the Turkish Cypriot example and demand for themselves "rights" commensurate to those demanded by the Turks in Cyprus? What if Turkey's Kurds, as preconditions to lay down their arms and drop all talk of an independent Kurdistan, applied the same Turkish logic to Turkey's majority-minority dispute?

"North Cyprus" is Crime Evidence, Not a Holiday Destination 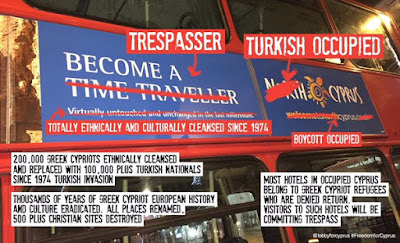 There is massive campaign advertising our illegally occupied, ethnically-cleansed towns. "North Cyprus" is not a holiday destination. "North Cyprus" is crime evidence. It is also a reminder of the continued failure of the United Kingdom to live up to its obligations for the territorial integrity of the Republic of Cyprus. See here for easy ways to take action. Do take action. Even a simple tweet (my tweet#1 & tweet#2) or Facebook post (my post) can help.
Posted by Κ. Χ. ΚΥΡΙΑΚΙΔΗΣ on 1:20 AM 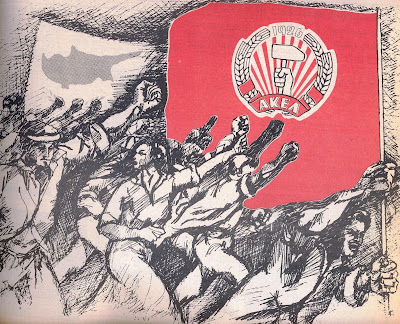 AKEL is a party that is driven by big ideals. In search for perfect justice, as if it exists anywhere but death. In the 20th century your big idea was communism. For over 70 years you (AKEL leaders) served that ideal as diligently and loyally as one could expect of you. You knew things were far from perfect, yet you opted to keep the ugliness away from public view so that socialism could be allowed to prevail in the end. Until it collapsed under the weight of its own non-sense and you could not hide it any more. Then you re-invented yourselves, calling what for so long you so obediently served 'bad socialism'.

Nowadays, with the same zeal and indisputable passion you lead the way for making bizonality, a novel concept that bears the hallmarks of apartheid, a success. You believe it is the right course. You believe it with a passion that cannot be challenged. The same passion and conviction you have for your version of socialism. The young at heart will listen to you. I would too if I were younger. It all sounds so perfect. Peace and justice, at last. At least in your minds.

BUT DO TELL ME, if you were so massively wrong on socialism (version 1*) for almost a century what makes you believe you are right on bizonality? And how much credibility do you think you have to carry bizonality through? At the very least, do you see in "Turkey" the same monster you so criminally failed to see in the USSR? After your last f.ck-up the USSR was gone but Russia at least remained. A possible new f.ck-up will leave nothing except a once predominantly Greek Christian Cyprus in the history books.

* I presume now with a few free-market tricks your socialism is fixed? Or not?

Sedat Peker, a notorious figure who has been convicted on organized crime charges, has threatened academics who recently called for an end to violence in Turkey's Southeast, saying on Tuesday that their blood will be spilled.

If Not Obvious, Then Inevitable 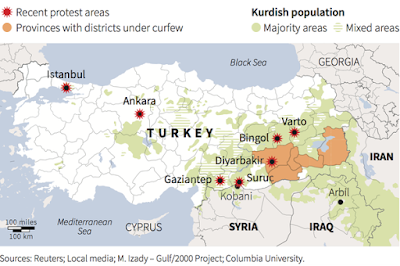 "Turkey", but Turks also, must face the OBVIOUS and the INEVITABLE.

It's OBVIOUS that there are at least two peoples and a number of minorities inside the geography we call "Turkey". It's INEVITABLE that unless Turks accept Kurds as EQUALS then the Kurdish people (who already have their own land, and it is part of "Turkey" today) will take it and walk away.

Wise up Turks. The sooner you do, the better for all of us in the region. After all, you've been dishing POLITICAL EQUALITY in Cyprus for decades. Don't you think It's time to taste it?

If it's not OBVIOUS, then the INEVITABLE will occur with great suffering.
My two cents' worth. Read more here

Islamic Supremacism Does Business in U.S. via a Turkish Cult: Gulen Movement is an Engine for ‘CIVILIZATION JIHAD’ 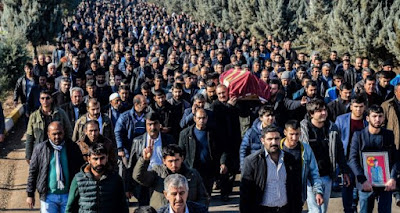 Turkey’s military operation against militants in the Kurdish-populated southeast has entered a third week with government forces still unable to decisively root out the rebels.

More than 200 Kurdish militants and at least 49 civilians have died in clashes in Cizre, Nusaybin, Silopi and Diyarbakir’s Sur district. Several security officers have also been killed in one of the largest military operations in Turkey for years.