Sam Harris on the dangers from a moderate religious viewpoint

Sam Harris talks about the danger that can result from even a moderate religious viewpoint. Highly recommended (14 minute video). 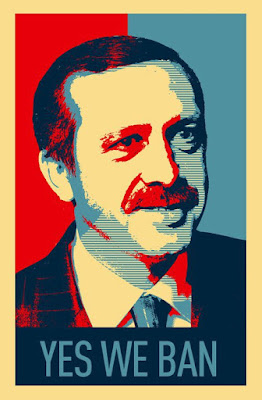 This is not an Erdoganian phenomenon. It has been true for all "Turkey"s since 1923. Turkish journalists, academics, etc. always knew their limits, knowing that careful self-censorship is a must for self preservation.

It's crucial to understand that the seemingly free opinions we read by Turks in the English language NEVER, I repeat, NEVER appear in any Turkish outlet in the Turkish language! It's in fact part of the carefully crafted state propaganda machine. The state wants foreigners to assume that what they read is also what Turks do. That is not the case. Articles written by Turkish journalists in English which offer a rosy picture of a "Turkey" that harbours all opinions are never published in the Turkish press in Turkish.

In Erdogan's "Turkey" things become even worse, as if they were not bad enough. In this new "Turkey" of his state propaganda is the sole truth. Pretenses have been dropped. Those who dare speak against the official state line, without exception, are 'eliminated' in one way or another.

In Cyprus we are victims of heinous Turkish propaganda for decades. The Turkish Cypriot minority in particular has been at its mercy, almost entirely shaping its fears, hopes, aspirations and ultimately its perception of reality.
Read more »
Posted by Κ. Χ. ΚΥΡΙΑΚΙΔΗΣ on 10:46 AM