Something extremely sinister at play here!

This is a video everybody must watch! It also happened in Cyprus. The west as complicit as back then, with the establishment media playing first violin. 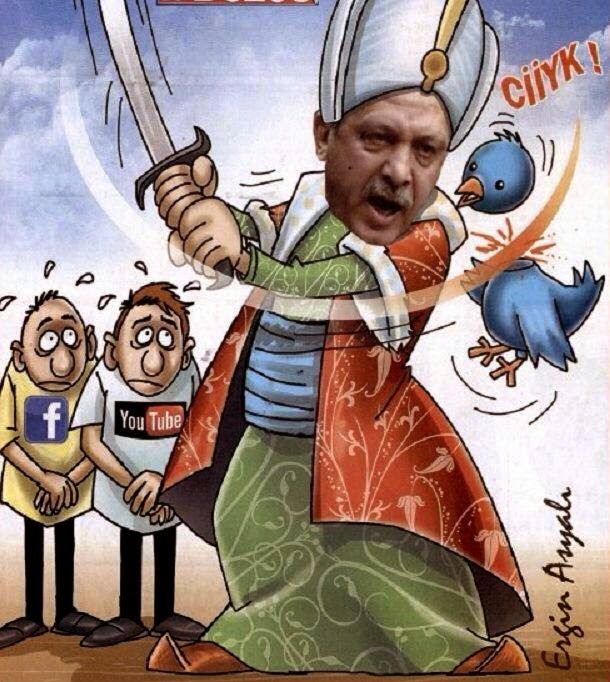 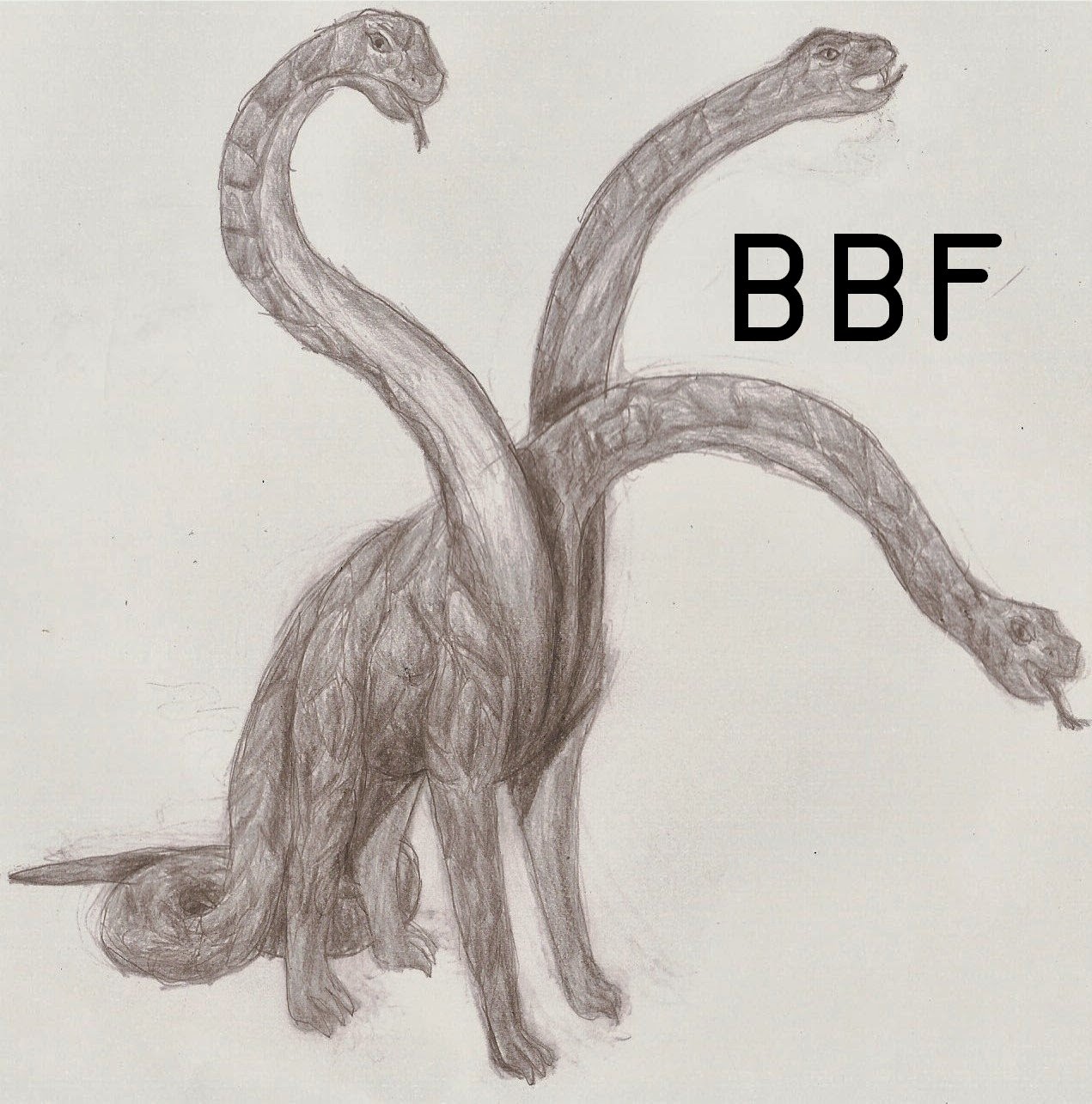 Charalambos Constantinides: "The solution we seek is for Cyprus to :(a) appear, to foreigners, as a SINGLE state, but internally be TWO States, ie be called "UNITED" but in fact be "DIVIDED", (b) have a professed SINGLE Sovereignty but in fact two, (c) have a SINGLE nationality (as far the outside world is concerned), but in fact have two "internal" nationalities. We work with the view of achieving. "UNITY OF PEOPLE", with SEGREGATION on the basis of language, religion and ethnicity, and REUNIFICATION of the Island with only ONE DIVISIONAL LINE separating the two DIVIDED parts into a REUNITED entity. And we must agree to call this COMPLETE SEGREGATION nothing else but REUNIFICATION." IS THAT CLEAR? If it is, would anybody, please, explain it to the rest of us, who do not understand it???
Posted by ΚΧΚ on 1:38 PM 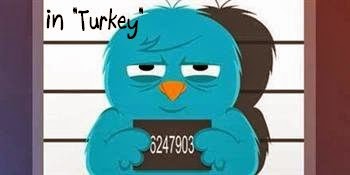 This is the country that with the help of pathetic and male- volent Britain trying to preserve Cyprus in its sphere of influence, in the name of a small Muslim Cypriot minority, has been meddling in Cypriot affairs in order to introduce its idea of "democracy". In the process it illegally invaded (not in a velvet Ukrainian manner), divided, ethnically cleansed by killing thousands and chasing away all the Greek Christian population of the occupied lands which constituted almost 90% at the time, and since then rapes systematically the cultural and demographic character of the area, against ethics and the 4th Geneva Convention.
Posted by ΚΧΚ on 12:31 PM

HAPPY NEWROZ Kurds the world over!

Still wondering what Crimea was really a precedent for ...

Email ThisBlogThis!Share to TwitterShare to FacebookShare to Pinterest
Categories: Kurdistan

Which one does NATO condemn? 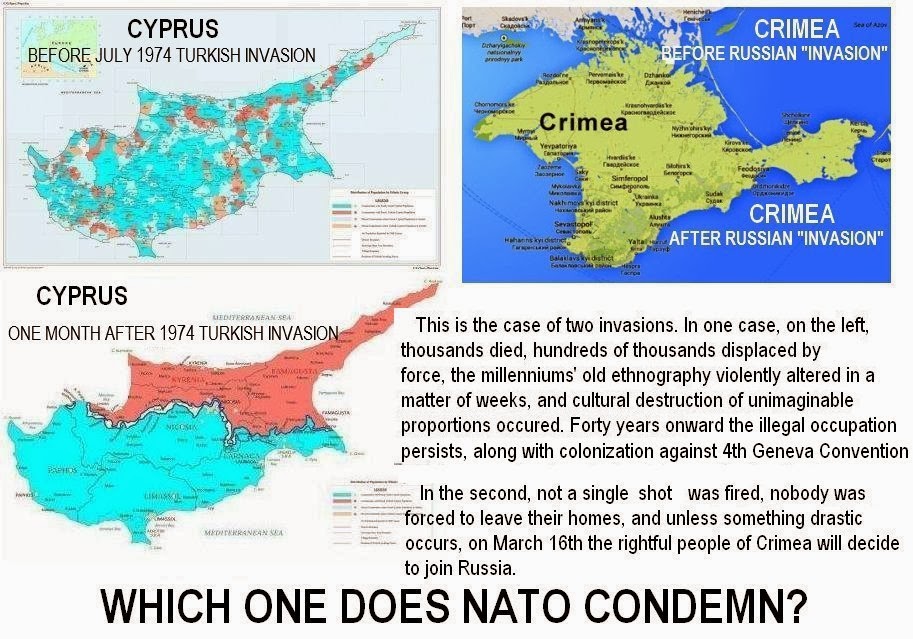 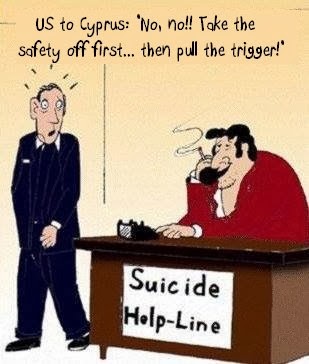 The US ambassador to Cyprus, Mr. Koenig, recently encouraged us Greek Cypriots to "play ball". Sir, before I do that, would you mind telling me which of the US states is Black (African) by law? Or if that is too extreme to consider, could you please point us the Hispanic one?
Posted by ΚΧΚ on 8:53 PM 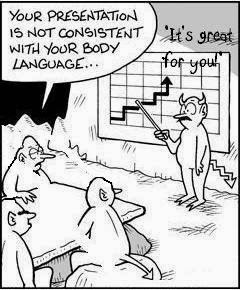 The British High Commissioner in Cyprus, Mr. Kidd, just the other day informed us that there will have to be permanent deviations from the acquis communautaire in a bizonal solution, meaning violations of human rights enshrined in the Cyprus constitution have the UK's blessing.