Is our Turkish Cypriot Turkey's Kurd? 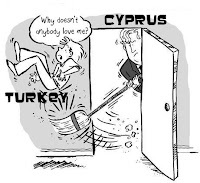 Linking the tC (Turkish Cypriot) issue to the Kurdish issue of Turkey is the only effective way to:

[1] uncover Turkish hypocrisy on its approach to majority-minority community relations;
[2] bring about a fair and permanent settlement to Cyprus' Turkish & tC problems; and
[3] help bring about community status recognition to the Kurds of Turkey, who by some estimates exceed 20m;

A Win-Win-Win approach for the Turkish, Kurdish and Cypriot peoples. It may also produce the first ever truly democratic constitution in Turkey's history.

The time to return the favor and meddle in Turkey's affairs is now! 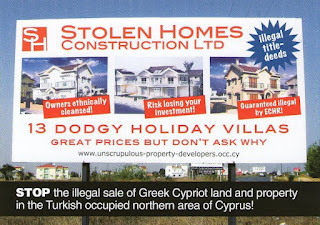 'Kurdistan reaches toward the sea' by Ofra Bengio

The weakening of the relevant states, alongside the tectonic sociopolitical changes taking place in the region as a whole, may end up changing the strategic map of the Middle East.
By Ofra Bengio | Aug.03, 2012 | 4:03 AM

The last year's upheavals in the Arab world have somehow blurred the sweeping developments taking place in a no-less important though less well-known strategic region that can be called the Kurdish triangle, comprising Iraqi, Turkish and Syrian Kurdistan. The net results of these developments may end up with the landlocked Kurdish Regional Government of Iraq in a position to create a corridor reaching the Mediterranean Sea. Clearly, if the KRG manages to secure such an outlet, its aspirations for independence will have received a significant boost. 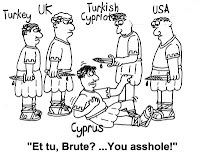 "We are all prisoners of knowledge. To know how Cyprus was betrayed, and to have studied the record of that betrayal, is to make oneself unhappy and to spoil, perhaps for ever, one's pleasure for visiting one of the world's most enchanting islands. Nothing will ever restore the looted treasures, the bereaved families, the plundered villages, the groves and hillsides scalded with napalm. Nor will anything mitigate the record of the callous, and crude politicians who regarded Cyprus as something on which to scribble their inane and conceited designs. But fatalism would be the worst betrayal of all. The acceptance, the legitimization of what was done - those things must be repudiated. Such a refusal has a value beyond Cyprus in showing that acquiescence in injustice is not 'realism'. Once the injustice has been set down and described, and called by its right name, acquiescence in it becomes impossible. That is why one writes about Cyprus in sorrow but more - much more - in anger." -CHRISTOPHER HITCHENS 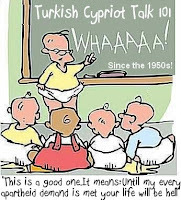 There is NO 'Cyprus problem' as such.

Cyprus has two Turkish problems, the 'Turkey' one [invasion + ethnic cleansing + occupation + colonization] preventing the 'Rights for the Turkish Cypriot minority' one to be properly addressed!

We need a paradigm shift! Unless Cypriots manage it, we won't be able to properly address our Turkish problems.