Adam Smith said: “This is one of those cases in which the imagination is baffled by the facts.” True, he said that a while back. But it applies perfectly in the case of bizonality for Cyprus. I have no doubt Adam Smith would consider bizonality for Cyprus not merely imagination defying the facts, but he would consider it an insult to capitalism itself.

If Americans can change their mind on Assad, they sure can and must change their idea on bizonality for Cyprus. Else they cancel everything their very nation stands for. They cancel America.

* With property titles from a land registry set up in the 19th century by Adam Smith's countrymen
Posted by Κ. Χ. ΚΥΡΙΑΚΙΔΗΣ on 9:16 PM 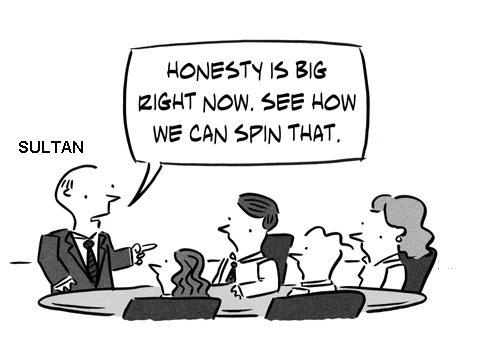 by SEMİH İDİZ - President Recep Tayyip Erdoğan and certain members of the ruling Justice and
Development Party (AKP) are proving once again they are only democrats unto themselves. Erdoğan always underlines the fact that he is the people’s choice, having been elected democratically.

It appears, however, that he is not happy about the choice of the Turkish Cypriots, who overwhelmingly elected Mustafa Akıncı, a veteran left-wing politician and peace activist, as president over the weekend for the sake of the much desired change in their country, as well as a new understanding with Turkey.

Dare be an Islamophobe! 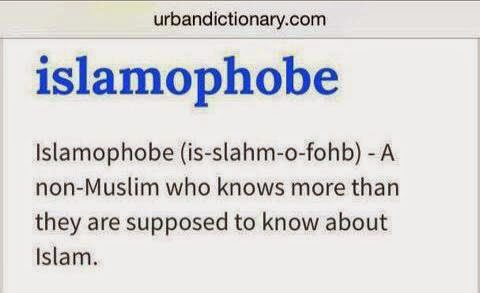 by George Phillips, April 12, 2015 - The notion of Israel's "right to exist" has been in the news twice in recent days. First, the University of Southampton, in Britain, announced that due to "safety fears," it was cancelling a conference, scheduled for later this month, to question Israel's right to exist.

Were the "security concerns" related to the fact that the conference would promote the rising infestation of Jew-hatred in Britain? A recent U.K. parliamentary report shows that hate crimes against British Jews have doubled in the past decade, and has called upon the British government to take urgent action.

3 Things You MUST Know About Islam (9 minutes)

Three surprising things you probably didn’t know about Islam and the Quran. This subject may affect you in the near future, so take the chance to inform yourself now – before it does…

The Armenian Journey - A Story Of An Armenian Genocide (13 minutes)

The Armenian Journey - A Story Of an Armenian Genocide /Documentary Film /"The Armenian Journey: From Despair to Hope in Rhode Island," a film by The Genocide Education Project (GenEd), tells the story of Armenian Genocide survivor Margaret Garabedian Der Manuelian, told through the narrative voice of her great-granddaughter, 21 year old Dalita Getzoyan. The film was funded by a grant from the Rhode Island Council for the Humanities and designed to support educators in the region and beyond.
Posted by Κ. Χ. ΚΥΡΙΑΚΙΔΗΣ on 11:44 AM

Democracy, Christianity, Catholicism, Orthodoxy, and the rest. How much do these words shape your worldview, your weltanschauung, your principles, your values, your ethics? Time perhaps to stop and find the Greek in you? Alas, protect the essence of Cyprus, its wonderful, uninterrupted Greek Christian traditions through the millenniums. Have you learned nothing since they first called you barbarian?

Email ThisBlogThis!Share to TwitterShare to FacebookShare to Pinterest
Categories: Islam

From Gul Tuysuz, for CNN Updated 1656 GMT (2356 HKT) April 6, 2015 - Istanbul, Turkey (CNN)A court order, requested by Turkish authorities, has resulted in the blocking of Twitter and YouTube in Turkey, a government official told CNN. Authorities say they ordered the blocks because the sites did not remove photos and other content from a March 31 hostage situation at Istanbul's central courthouse.

The order blocked at least 166 websites that shared the images.

During last week's siege, the two gunmen and the prosecutor they reportedly took hostage died in a shootout with police after authorities stormed the courthouse.

Turkish authorities moved to stop newspapers from printing images of the incident.

Mohammed started it, Makarios knew, we still have no idea

Ex-Muslim Arab-American Psychologist Wafa Sultan Warns the West About Islam. America, Australia, Canada, Germany, France, Italy, Greece, are you listening to this? You should, as Islam has passed the threshold of your societies. Makarios was up against Islam whose divisive tenets were firmly embedded into the Cypriot constitution of 1960 which was forced upon Cypriots via threats and intimidation. Read his 13 points on November 30 1963 and you will be able able to spot Islam in almost everything he was trying to change. Rationality was his weapon. Islam's has always been terror. Terror won. Assisted by the Queen.

“Kurds in the New Turkey: The future of the Peace Process” by Frederike Geerdink (26 min.)